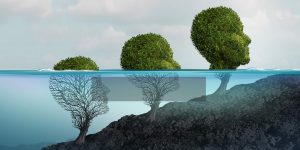 In the last three decades affective science, or science of emotions, coupled with psychodynamic models of therapy, inspired by Freud, proposed new, brief, and more effective psychotherapeutic treatments. An especially effective approach within brief psychotherapy models is Intensive Short-Term Dynamic Psychotherapy, or ISTDP developed by Doctor Habib Davanloo (Davanloo, 2000) in the eighties. Davanloo relentlessly video-taped and meticulously analyzed hundreds of hours of therapy sessions with his clients to determine the most efficient interventions making ISTDP highly effective within a relatively small number of sessions. Not only he had analyzed the videos but his students and clients themselves contributed to discovering the most effective ways to unlock the unconscious traumatic events and resolve the psychopathology underneath. That was and still is a novelty that most of today’s psychotherapeutic models could learn from. Today, a growing number of studies confirm ISTDP’s effectiveness in treating many psychopathologies with strong pre- to post-treatment effect sizes (Cohen’s d) ranging strong from 0.84 to 1.51, which is rare effectiveness for many other psychotherapies or psychopharmacological treatments.

How does it work ?

ISTDP draws from many psychological fields such as affective (emotions) neuroscience, attachment theory, somatic therapy, cognitive and behavioral approaches to deliver an effective treatment for many psychopathologies and is sometimes wrongly placed only in the psychodynamic model. ISTDP starts from a premise that mental health disorders are closely connected with Adverse Childhood Experiences (ACE) in interaction with primary caregivers. These experiences may generate strong unprocessed negative emotions which due to underdeveloped cognitive abilities of children such as reasoning, logic, or decision making end up buried deep in the right-brain subconscious (subcortical) structures hindering the development of correct neural pathways and creating problems with emotional regulation. Emotional dysregulation is shown to cause various problems such as personality disorders, depression, psychosomatic symptoms, or anxiety.

Psychologists say that Freud discovered the human unconscious, while Davanloo and his ISTDP approach came up with ways to unlock it. ISTDP presents an effective solution in the form of a roadmap that therapists may use to reach subconscious unprocessed negative emotions and bring them out into the present moment for experiencing, processing, and dismantling. This map consists of different levels of trauma that build on each other. So let’s see what it looks like and how mental disorders may form in childhood.

How do emotional and psychological problems develop ?

Early interaction and attachment with the primary caregivers imbued with fear, stress, neglect, or rejection create a core level of unconscious trauma and emotional pain. The second level of unconscious anger forms because the child inherently wants to love its caregivers but it can’t because of the primal anger towards someone they love. The third level of unconscious guilt forms because it is unacceptable for a child to be angry and hate its caregiver. The fourth level of unconscious sadness and grief is the result of feelings of guilt. Then, unconscious anxiety shoots up as a warning that the emotional system is overwhelmed and acts as a cover over them which results in many different negative bodily sensations from headaches, chronic pain, problems with memory, emotional regulation, and 30 other symptoms. It is also important to mention that this process is not only playing out towards primary caregivers but it activates throughout one’s life towards any people with whom one may develop a close emotional connection.

In order to protect itself and survive in the world with all these strong mixed emotions and anxiety, the child will develop various unconscious ego self-defense mechanisms which are unconscious strategies that help isolate and ward off unconscious feelings and impulses of trauma, pain, rage, guilt, and grief by suppression, denial, rationalization (and more than 90 more) that will keep damaging emotions and anxiety in unconsciousness enabling the child to function in its most optimal level.  However, there are more or less adaptive self-defense mechanisms. For example, altruism as an adaptive self-defense mechanism helps the individual to feel better about themselves by helping others, while a non-adaptive splitting self-defense mechanism may reduce the person to look at others or the world as either utterly evil or unconditionally good. The problems start when the child starts to introject them into its thoughts, emotions, and behavior causing long-term mental health problems.

The goal of ISTDP method is to reach through all these layers of self-defense mechanisms, grief, guilt, rage, and pain into the core of attachment trauma and to bring them out into the present moment for experiencing, processing, and releasing with the help of the therapist.  Compared to other therapies, such as humanistic, ISTDP extreme effectiveness comes from the fact that ISTDP therapist is not a passive agent but the one who actively and compassionately encourage patients to open up the unconscious maladaptive impulses. Where other therapies just scratch the surface of the problem by addressing cognitive distortions, thoughts or behaviors often just intellectualizing or looking at the problem from different perspectives or not recognizing, let alone, addressing patient’s self-defense mechanisms, ISTDP, bravely, digs right into the core of the problem.

So, how does that work in practice? The ISTDP therapist meets a patient that shows up with treatment-resistant anger management issues, headaches, and allergies, which other therapies could not solve. After an initial assessment, the therapist forms a hypothesis that the patient’s anger is related to the important person in the past, her violent and aggressive father. Because of early trauma and strong defense mechanisms, this anger ended up locked up and suppressed in her unconscious mind bursting anxiety inside of her body by causing psychosomatic problems (Coughlin, 2016) and intermittently causing the patient to angrily overreact in many everyday situations.

According to ISTDP, a therapist can work with patients’ anger within three domains called the triangle of the person. Triangle of a person means that the therapist can work with suppressed emotions in relation to the therapist (transference), current and past important figures in the patient’s life. The past or the bottom of the triangle is actually a time when the patient developed the trauma, anxiety, and the defenses used to ward them off. So, the maladaptive anger may show towards the current person in the patient’s life, such as her partner or a boss, towards the therapist, or the past figure, which is her father or a core from which anger reflects upwards. However, the patient can’t easily access this level of anger as it is deposited deep in her emotional core in childhood. Nevertheless, the patient and therapist will eventually reach this level after which the therapist will start working with the anger through a triangle of conflict. Triangle of conflict tells us that unconscious feelings and forbidden impulses are coupled with anxiety and excessive reliance on unconscious self-defense mechanisms which block the experience of core anger. By actively blocking the defenses and carefully regulating patients’ anxiety the core anger impulse could be brought out to the present moment for processing.

For example, when the therapist will try to probe for the patient’s feelings towards her father patient’s intellectualization self-defense mechanism may trigger and he/she will start extensively describing and analyzing her relationship with her father thus avoiding getting in touch with her/his core emotions of anger. This is where other therapies get stuck and continue to play along with the defense mechanisms never penetrating deeper to get to the core emotions and impulses which fuel the disorder. That is why other therapies may last for months and ISTDP gets the results much faster. So, ISTDP therapist will identify and block the defense of intellectualization by pointing it out to the patient, clarifying its obstructing function and encouraging her to abandon it so she can get in touch with her/his underlying feelings of anger (Davanloo, 2000). The patient may also use other self-defense mechanisms, such as denial, claiming that there is no anger towards her father or humor by laughing and banalizing the relationship which kept her stuck with the anger and anxiety for a long time.

Aside from self-defense mechanisms, the more the therapist probe towards the core impulse emotions during therapy the more anxiety may build-up which can completely block the therapeutic process. This is because anxiety is biophysiological response to often unconscious perceived challenges and threats to emotional safety, autonomy, and connection and has the role to protect the emotional core of the patient. Anxiety needs to be carefully monitored by focusing on the patient’s body, as it is a more visceral experience than it can be expressed through thoughts and words.

Importance of anxiety in therapy

Anxiety may occur in three levels. The first level, called “isolation of affect” represents a good anxiety tolerance and is an appropriate level to work with suppressed emotions. This level is recognized by tension in striated or voluntary muscles and can be detected in patients by monitoring for sighs, or hand clenching. If the therapist probes for emotions too much or the patient does not tolerate anxiety well, she/he may move to the next level called Repression Anxiety. Here anxiety disappears in the body in the form of headaches, stomach nausea, allergic reactions, or muscle weakness. This may also occur in everyday life.

This level may hinder the patient’s access to her core emotions and block the therapeutic process, so it’s important to regulate the anxiety and bring her back to the first level. This may be achieved by calming her/him down and making her focus on her bodily sensations and where exactly she feels the anxiety in the body. If the patient starts to experience the third, cognitive disruption level of anxiety, in the form of dizziness, fainting, dissociation, or visual and auditory changes, the same block may happen and careful regulation is needed to lower the arousal.

Finally, after carefully regulating the patient’s anxiety while blocking and removing self-defense mechanisms that prevented her/him to express the forbidden feelings of anger towards her father patient will be able to reach and express it in a supportive and safe environment with the therapist. Releasing the core mixed emotions of anger, love, guilt, and sadness will also diminish the anger in her/his everyday life. Furthermore, anxiety that was disappearing in the body, guarding the core emotions towards the father, is now not needed anymore which will extinguish the patient’s somatic symptoms such as allergies, headaches, or stomach problems.

In conclusion, compared with ISTDP approach, many other therapies get stuck with certain mental health problems because their interventions come to a halt when faced with patient’s anxiety or they endlessly play along the lines of self-defense mechanisms or keep floating on cognitive levels of thoughts without ever reaching into the emotional core of the problem.  In contrast, ISTDP detects and regulates anxiety while building up patients’ capacity to reach and experience their core emotions and impulses. Moreover, extinguishing patients’ unconscious self-defense mechanisms immediately builds confidence and removes a veil of self-deception they had over their lives for years. This gets patients in touch with core emotions that were fueling their problems so they can finally be released and live happier lives with increased levels of individuation.

Nemeroff, C. B. (2004). Neurobiological consequences of childhood trauma. The Journal of clinical psychiatry.

Siegel, D. J. (2002). The developing mind and the resolution of trauma: Some ideas about information processing and an interpersonal neurobiology of psychotherapy. Routledge.